ANGRYPUG is a partnered live-streamer on Twitch. The main game that he plays is Dead by Daylight.

"Streaming for over six plus years now. Built my channel with games like Mario Kart, H1Z1, DBD, F13th, Call of Duty, Fall Guys, Phasmophobia as well as a huge assortment of scary games.

I strive to have the kind of stream where people can just show up, hang out and have some laughs."

Don AKA Pug is a lifelong gamer that became an official Twitch partner in June 2015. He's been streaming full time since October 2014.

Hours are subject to change.

All times are in Pacific Standard Time (PST) where AngryPug lives. 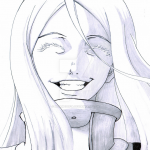